Once upon a time a mad Caliph demanded of an old servant of his that he teach a donkey to talk for his amusement. If he refused, he would be put to death. If he failed he would be put to death as well. The old servant shrugged and assented, asking for a year's time. When other servants asked him why he had accepted, he answered. "A year is a long time. Either the Caliph will die or the donkey will learn to speak."


Now in Jerusalem, Netanyahu is busy playing Caliph Obama's game. He knows that the donkeys of the Palestinian Authority and Hamas are not about to learn to talk like human beings and engage in actual diplomacy, instead of using diplomacy as a subterfuge for terrorism. But at the same time he knows that the American Caliph is not about to cease making irrational demands for talking donkeys. So once again Netanyahu is playing for time. 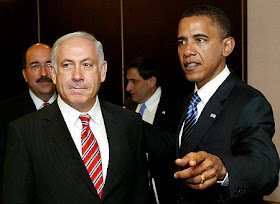 It is hard to tell whether Netanyahu is trying to finesse the Caliph, or repeating the mistakes of his first term, when he gave in to the Clinton Administration's pressure, only to be forced from office by Clinton's hired goons anyway. And there may be no practical difference.

The 10 month freeze on construction beyond the Green Line that Netanyahu agreed to has already resulted in a revolt within the Likud and the settlement community. Inspectors have been met with protests and acts of civil disobedience. Netanyahu in turn has canceled his trip to Germany and is trying to settle the bubbling political crisis.

While everyone in the government is assuring the public that the freeze is only temporary, there's no sign that this belief is shared on the Caliph's side of the fence. America and the EU view the freeze as a sign of things to come. And while construction has frozen, Obama and the EU are busy creating new facts on the ground. Obama has already broken ground by calling Jewish housing in Jerusalem a Settlement. A leaked classified EU report meanwhile calls for the European Union to strengthen the PA's hold on Israel's capital city and pushes for sanctions against Jewish residents of East Jerusalem.

Netanyahu's show of "good faith" has not averted Palestinian Arab terrorist attacks, nor a drive by the US and the EU to disenfranchise Israel in its own capital. All it has done is frozen Israel's ability to respond by countering the facts on the ground created by Fatah terrorists and their EU and US government backers, with facts on the ground of its own. Countering efforts to ethnically cleanse Jews from their own country with the most potent antidote, Jewish settlement.

Once again Netanyahu has not made diplomatic concessions to the Palestinian Authority, which in any case lacks a legal government and no longer even controls its own territory. He made a political concession to Caliph Obama. But he would be extremely foolish to expect any gratitude for it.

The 10 month freeze is viewed as inadequate in Washington D.C., a minimal concession that Obama had to settle for because he couldn't get anything more out of Netanyahu this time around. Like a mugger who escapes with a few quarters, only because he couldn't grab the whole wallet, an embittered Obama will be back because his administration is governed by the belief that the only way to bring stability to the Middle East is by taking that wallet away from Israel and giving it to the Muslim terrorists of Hamas (Gaza) and Fatah (Palestinian Authority).

Obama settled for 10 months only to avoid leaving the impression that he had failed to accomplish anything, but he certainly won't be settling for 10 months. But Israelis have a grabbing onto the faintest statements from America for a thin shred of hope. Rabin insisted that the Palestinian Authority would be easily revocable if violence ensued. Sharon took American assurances about retaining some of Judea and Samaria as ironclad guarantees, when a few years later Obama demonstrated that they weren't a clod of dirt, let alone the misery and horror inflicted by the Gaza Disengagement on the people of Israel. This lack of memory, this perpetual political amnesia is the same reason why conservative Israelis are baffled that Netanyahu 2.0 is a lot like Netanyahu 1.0, only a little better at playing politics. 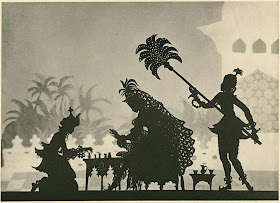 Meanwhile Netanyahu has found that cutting a deal with Obama may actually destroy him at home. Parliamentary critics point out that the Knesset never voted on the freeze. And with the scope of the freeze touching on even sizable Israeli cities such as Beitar Ilit, with a prominently Haredi population, the outrage extends well beyond the usual settlement activists, as Israelis who are not usually caught up in politics are discovering that the freeze will hit them hard in the wallet and prevent them from building and expanding homes, or moving into partially constructed housing.

With everyone in his government looking to score points, Netanyahu is more on the defensive than he has ever been. Barak has seen his chance to boost his otherwise terrible standing within the left wing camp with a round of settler bashing, both metaphorical and physical via the dreaded Yasam units. Shas played its usual cynical game by opposing the freeze in word, and sitting out the vote to score brownie points, while not actually voting against the freeze. Lieberman is busy touting his foreign affairs credentials, despite the fact that much of the world thinks of him as little more than a shaved ape in a suit. Which is not altogether far from the truth. The Likud meanwhile is full of pretenders to the throne who are willing to talk tough, right up until the point that they sit down in the big chair themselves.

The UTJ, which as usual cares about only money, is putting a bill forward to have the government compensate everyone who now be losing money on existing construction projects. While the UTJ move is another cynical example of a corrupt Haredi politics that cares only for its own finances, it is clear that no one in the government went so far as to consider the economic fallout from the freeze. And that fallout extends beyond Israel and to the Palestinian Arabs as well, who depend heavily on Israeli construction in the Settlements and Jerusalem for their income. This means that a construction freeze is paradoxically likely to inspire further violence.

By agreeing to the freeze, Netanyahu made another concession that will make it harder for Jews to live in Israel. Because each concession has only served to whet the wolf's appetite for territory in the Arab world, and the drive to stamp out Israel in the EU and the State Department. A 10 month freeze on housing construction in Judea and Samaria doesn't mean 10 months in the chandelier lit halls of Brussels and Washington D.C. It means an indefinite freeze as a precursor to turning the territory over to Fatah and Hamas, while ethnically cleansing its Jewish population. And anyone who thinks any different, is fooling themselves.

But by turn Netanyahu's harshest critics are ignoring the unpleasant reality that weakening him or forcing him out, will only bring the same results it did last time, when it ushered in Barak's election as Clinton's puppet, followed by Sharon ethnically cleansing Jews from Gaza in exchange for worthless promises that Obama has already disavowed. 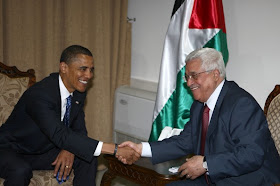 Feeding into the idea that the process is a dead end and futile, can't help but weaken the foreign policy advocates of creating a stable Middle East by feeding Israel to the terrorist crocodile. And Netanyahu has demonstrated that he is quite capable of wasting everyone's time and frustrating them in the bargain, almost as well as Arafat did. If Israel can't have a leader who can openly dispense with the niceties and the negotiations, then it may have to settle for a leader who borrows the Palestinian Arab negotiating handbook and turn the entire process into a hopeless sinkhole.

In the World Championship chess matches, the Soviet authorities determined that Karpov, their man, should defeat Korchnoi, who had defected from the USSR, successfully terrorized the latter. Karpov won, but wound up facing Bobby Fischer, who was crazy enough to terrorize any opponent without requiring the services of the secret police. If Netanyahu lacks the courage to openly drop the pretense of negotiating with the US and the EU, he can turn the negotiations into a complete farce. That is the third answer to the Caliph's game. Because the Caliph is not all powerful, he only has as much power as your cooperation gives him. Israel's willingness to negotiate has made it into a target. Only by destroying the process one way or another, can Israel survive and be free.
Daniel Greenfield at December 02, 2009
Share