How the West Rejuvenated Pan-Islamism and the Global Jihad

The seeming suddenness with which Islamic terrorism went from a problem happening "out there" in the hinterlands to a problem happening across the street can be credited as much to the Islamists themselves, as to their enablers. What the backwardness of the Muslim world and the collapse of its empires of conquered regions into colonies themselves, ruled over by European powers achieved to break down Pan-Islamism, seemingly for good, was swiftly undone. And it was undone by the fact that virtually every major power in the 20th century fostered Pan-Islamism as a tool against its enemies. 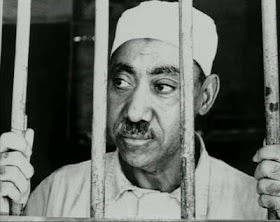 Certainly the worst example of this phenomenon was the Cold War during which the US and the USSR helped create modern Islamic terrorism, by alternately training, arming and turning Muslim guerrillas and terrorists into weapons against each other. While the USSR helped create the modern Middle Eastern terrorist, the US helped create the Asian Muslim terrorist. And together, from the PLO to the Mujadeen, from Al Queda to the PFLP, from the Madrassas to the Patrice Lumumba Peoples’ Friendship University, the beast grew and swelled to fill a vacuum that the end of the Cold War created.

And as the modern Muslim terrorist was created out of the Cold War, so were the two major arguments used by conservative and liberal Westerners for supporting or tolerating Islamic terrorism. The Soviet Union crafted the core argument used by liberals who defend the sort of headchopping Islamist barbarians who would be happy enough to nail them to a wall simply for not having a beard, when it differentiated between "ancient" Pan-Islamism as a tool of religious repression and "modern" Pan-Islamism as a means by which oppressed people revolt against imperialist tyranny.

To understand just how far back this goes, consider this defense of Pan-Islamism by the Chairman of the Communist Party of Indonesia in 1922.

But now one must first understand what the word Pan-Islamism really means. Once, it had a historical significance and meant that Islam must conquer the whole world, sword in hand, and that this must take place under the leadership of the Caliph, and the Caliph must be of Arabian origin. About 400 years after the death of Mohammed the Muslims split into three great states and thus the Holy War lost its significance for the entire Muslim world...

This is a new task for us. Just as we want to support the national struggle, we also want to support the liberation struggle of the very combative, very active 250 million Muslims living under the imperialist powers. Therefore I ask once again: Should we support Pan-Islamism, in this sense?


The speech in question may date back to 1922 but its sentiments are very modern and commonplace among  liberals in the West today. Their view is that Islamism is a people's liberation struggle against Western imperialism and capitalism because it serves as a common bridge between Islam and the Left today in 2009, just as it did then in 1922.

This reinterpretation of Islamism as an expression of economic and political discontent today tends to be described under labels such as resistance to Globalization or to corrupt Western "puppet regimes", but it is in fact a carbon copy of the Soviet approach to Pan-Islamism. This ideological approach enables the left to co-opt Islam in the struggle against Western hegemony. Meanwhile Islamists have long since learned to put forward economic and political grievances in order to make common cause with the left.

Meanwhile on the right, the American approach to Islam, as exemplified by the Green Belt strategy or the current War on Terror (but not on Islam) is that Muslims were potentially valuable allies whose religion would help create common ground against Communism and other evils. Disastrous incarnations of this approach included Carter's backing for the Ayatollah Khomeni that resulted in the totalitarian Shiite Iran we know today and America's longstanding with the Saudi royal family, which has exported Sunni terrorism almost as assiduously as its oil.

Essentially both the United States and the Soviet Union made the strategic assessment that Muslims would serve as valuable strategic allies, particularly against each other's allied regimes in the Third World. And it certainly worked to a degree. Russian influence over the Middle East at one point seemed poised on the verge of turning the entire region red. Meanwhile America's ties to Asian Muslims helped defeat the USSR in Afghanistan, checkmated Russian allies such as India, by cultivating Pakistan and Indonesia, while helping the latter commit genocide against Christians in East Timor. (The man who helped shield the Indonesian regime, Dennis C. Blair is currently serving as Barack Hussein Obama's Director of National Intelligence.)

The problem is that while the US and the USSR have both insisted on seeing Muslim terrorists as tools against each other-- they have both become targets.

Russia is currently fighting off an insurgency in Chechnya with casualties that make Vietnam seem like a field hockey outing, and the war has moved beyond Chechnya and is likely to eventually turn into a much larger uprising. Meanwhile Muslims are projected to form a majority of Russia by 2050. None of this has discouraged the affinity of the Russian government for Islam, as it continues to believe that its government controlled mosques can continue safely directing Islamic terrorism at the West, without being harmed by it. But while Russia's government controlled Imams preach Jihad against the West, the actual terrorist attacks by Muslims in the region are aimed at Russia itself. And while Russia continues to supply Muslim regimes and their associated terrorist groups with everything from rifles to nuclear technology, the odds are just as good of those weapons being used against them.

Meanwhile the United States failed to treat either the original World Trade Center bombing or the USS Cole attack as a wake up call to the threat of Islamic terrorism. It took the unavoidable reality of a grand attack on the Towers, the Pentagon and the White House to do that. But waking up to a problem and understanding the solution are two different things, as the United States has demonstrated by pursuing a hazy approach that walks somewhere between domestic and international appeasement, with healthy doses of unloading the White Man's Democratic Burden on countries where democracy means putting the Islamists in charge. In the process we have racked up a mixed record of wins and losses. We heavily battered Al Queda and frightened a number of Muslim countries, most notably Libya's Khaddafi and Musharraf's Pakistan out of their wits. On the other hand we helped Muslim Brotherhood front groups such as CAIR exercise even more influence at home and every American by now has been inculcated with the knowledge that Islam is a wonderful religion of peace. Additionally there is no telling how many of the billions in foreign aid, aid grants and reconstruction wound up in the pockets of terrorists. 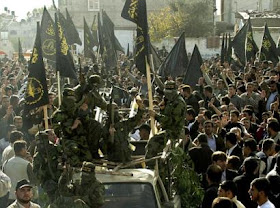 Even with the Cold War over and with both countries facing large scale terrorist conflicts and demographic threats, both Russia and the United States have continued to fight Islamism with their left hand, while feeding it crackers with their right.

But while the Cold War helped create the modern Muslim terrorist, the coddling of Pan-Islamism vastly predates it. I said at the beginning of this essay that virtually every major power in the 20th century coddled and promoted Pan-Islamism as a tool against its enemies, and that is exactly the shocking but unfortunate truth of it.

Early in the 20th century Germany was studying Islam in order to plan a Muslim uprising in India. Germany would spend the next half century trying to co-opt Islam into a weapon against its enemies, with mixed results. But nevertheless by WW2, there were Muslim SS divisions in Europe that prayed to Mecca and German propaganda broadcast to the region had inspired the Ayatollah Khomeni and the Muslim Brotherhood, which would take organizational tips from Nazism, and ultimately give birth to everything from Al Queda to Hamas to CAIR.

But Japan, which had devised an entire global strategy based on fostering Fifth Columns, took it a good deal further with an aggressive outreach campaign to Muslims in India, Turkey and Central Asia, extensive studies of Islam and the rebranding of its own war as a "Holy War" or "Jihad". While generally hostile to Christianity as a form of Western Imperialism, Imperial Japan threw open the doors for Islam early on, recognizing the religion and promoting a new non-Western view of Islam as a religion that emphasized love, rather than the sword. Japanese agent converted to Islam and tried to promote a Pan-Asiatic form of Islamism. By no particular coincidence, the same factions that pushed for war, also focused on allying with Islam. And Japan's most prominent researcher of Islam and the first translator of the Koran into Japanese, was also one of its most notorious war criminals.

While Germany and Japan may have seemed like unlikely suspects when it comes to promoting Pan-Islamism, they were probably no more so than Communist Russia or the United States of America. Yet they are far from alone on the list. Most European countries have courted Islamism at one time or another, But these days there are few countries that have not. Any country with a sizable or even tiny Muslim minority of guest workers pays its homage, even the Israeli Foreign Ministry which hosts papers praising the great contributions of Islamic culture to the world. And as Islam becomes more of a global problem even in countries where it was never resident, more countries in turn begin pandering to the Islamist worldview out of fear. 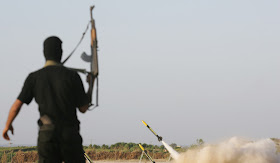 While Muslim terrorism in the West certainly did not begin in 2001, until that point American and European security agencies tended to view Muslim terrorist groups as passerby who used their countries to raise funds and buy weapons for Jihad, but not as active domestic threats. By now America and Europe have long since stopped being mere hubs, places where money was raised or obtained through organized crime, as locations to buy guns and transport drugs-- but as big red X's targeted by Islamists, but the attitude toward them has not changed altogether. In many cases Muslims are still seen as assets, rather than threats, and the War on Terror with its artificial division of Muslims into a moderate majority and extremist minority has only further driven Western law enforcement to try and make some cause with Islamists in order to counter the "extremists" among them.

This attitude is a defeatist one, but it is hopelessly embedded in the anti-terror blueprint that dates back to the old Hearts and Minds strategy of trying to defeat an insurgency by winning over the general population... an approach that is not limited its application to the streets of Basra and Kabul, but the streets of Detroit and Londonistan as well. And the result is that Islamist terrorism has empowered Islamists even more, as they find themselves being "recruited" and paid what amounts to protection money to keep terrorists at bay. And in doing so the West continues the long tragic tradition of pandering to Islamism, a tradition that in the 20th century rejuvenated Pan-Islamism and the Global Jihad.
Daniel Greenfield at December 23, 2009
Share