Who Will Mediate Between Israel and Obama? 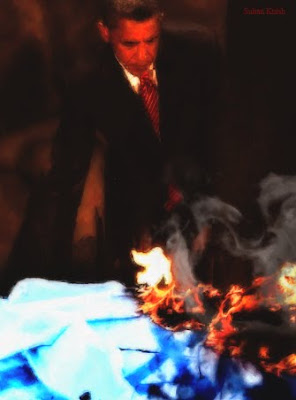 The Obama Administration's general hostility toward Israel, as well as its efforts to prevent Jews from building houses in Jerusalem and Judea and Samaria, has resulted in a poll showing that the majority of Israelis believe that Obama is biased toward the Palestinian Arab side, with barely a third believing him to be neutral. Now the same pundits and diplomats who clamored that the US must be seen as an honest broker, must explain how Obama will show that he is an honest broker.

In the post-election reality, Obama has demonstrated with that he shares none of Israel's concerns, whether over POW's, terrorism or Iran's nuclear program; but all of the concerns of the Palestinian Arab side. He has showcased that with the areas his administration has chosen to focus on most. His administration has not only appointed radical anti-Israel figures, including Samantha Power, who talked about invading Israel, but has appeared willing to implement its agenda. While Gibbs and the State Department demand that Israel stop building housing in East Jerusalem in order not to prejudice the outcome of final negotiations, the US Consulate in Jerusalem openly treats East Jerusalem as Palestinian Arab territory.

Clearly the Obama Administration has no problem prejudicing the outcome of the negotiations on the side of the terrorist groups that they continue to fund and pressure Israel to negotiate with and make concessions to. What they have a problem with is Israel asserting its own rights in any way. By objecting to Jewish housing but not Arab housing, the Obama Administration is demonstrating not only its open bias against Israel and its bigotry, but that it has already determined that Israel should surrender its own capital to terrorists. The same terrorists whose chief Mahmoud Abbas was the recipient of Obama's first phone call to a foreign leader.

It has been a decade since Israelis have elected a left wing Prime Minister. In the last election Israelis brought a center-right coalition to power, defeating the center-left coalition that backs the Obama administration's agenda. Yet while Obama has insisted that his critics acknowledge that he won and that as a result American policies would change, he has been unwilling to extend the same acknowledgment toward Israel and the policy changes produced by its own democratic process. Instead Obama's victory has produced unrelenting administration pressure on Netanyahu's government to reject the will of the Israeli people, in favor of the will of Obama.

Obama has promised that the era of the US dictating to other countries was over. But that promise clearly applies only to countries whose politics and ethnicities meet with Obama's approval. Israel very clearly does not. The Obama Administration has tried to claim that the presence of Jewish advisers proves that it can't be biased against Israel or Jews. That is an insulting argument right up there with a company arguing that it can't be racist because it has black employees. And the Obama Administration's policy of ignoring and repressing the will of the Israeli people has had its natural outcome in a poll which shows that only 4 percent of Israelis think Obama's agenda is a positive one toward Israel.

Had the same poll been taken of Palestinian Arab Muslims, the media would treat it as a crisis and blame the administration. Instead the media has responded to a fundamental breach between Israel and the United States by blaming Israeli ignorance of Obama's policies. But the problem is not that Israelis are ignorant of Obama's agenda. It is that they understand his agenda and its implications all too well. Obama's sympathies have been all too obviously on display in Egypt and Turkey, and while some American Jews may choose to delude themselves, Israelis don't have luxury.

And with Obama's popularity sinking at home, the next stage of the scenario is an all too familiar one for Israelis. It is something they have witnessed from President after President looking to divert the public's attention from one disaster by trying to shake down Israeli for more aggressive concessions to terrorism in order to bring forward the photo ops in the name of peace. This time out though, Israelis may have had enough as the alliance between the two nations has increasingly become an abusive relationship.

It has become a given that the terrorists leaders in the West Bank and Gaza will never be held accountable to any standard. It is also a given that the media and foreign diplomats will repeatedly blame Israel for stalling, when Israel attempts to nail down points in the negotiations, accuse Israel of not wanting peace when Israeli diplomats ask that Fatah and Hamas recognize Israel and abandon terrorism, and finally threatened with economic and diplomatic sanctions under the table if the negotiations don't produce the expected photo ops.

All those givens have cost countless Israeli lives, and still more children torn apart by shredded nails while eating pizzas, young girls missing arms and legs and bloodstained bus routes. These atrocities were not simply the products of terrorism, they were the result of negotiations which disdained the rights of Israelis to live in peace and security, while emphasizing every Palestinian Arab demand as vital and crucial. It is only when Israel stopped making concessions and began building walls, when Israeli tanks smashed into Arafat's Muqata and when checkpoints were securely manned, that the bloodshed began to diminish. Now Obama is eager to turn back the clock and begin extracting more concessions and empowering the same terrorists who were responsible for so much horror over the last generation. 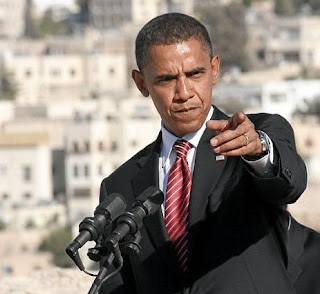 Obama may be eager to mediate between Israel and the terrorists, but first Israel needs someone to mediate its talks with Obama. With the majority of Israelis believing that Obama is biased against Israel, and with the Obama Administration prejudicing the outcome of the negotiations before they have even happened, such negotiations would be nothing more than a kangaroo court lacking the support of the Israeli people.

It is time for the United States and Israel to reevaluate their alliance and decide what they want and need from each other. If the only use that the US has for Israel is as a tool for winning Muslim favor by extracting territorial concessions for terrorists, as the Obama Administration is bent on doing, then maybe it's time for both nations to move on.
Daniel Greenfield at September 01, 2009
Share