Obama's Hollywood Backers Stand Up for a Pedophile Rapist 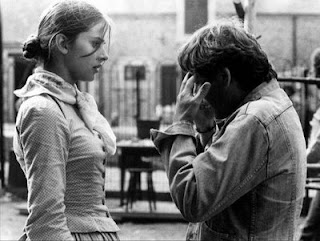 It is instructive to watch the same people who lecture Americans on morals and ethics in movie after movie, rush to the defense of a pedophile rapist, whose chief merit is that he is one of their own. Harvey Weinstein, the executive producer of Michael Moore's new left wing agitprop movie, Capitalism: A Love Story, has been described as leading the charge on Polanski's behalf. In a "The Independent" op-ed, the same paper that has provided an extensive forum for bashing the War on Terror as well as calls to boycott Israel, he described Polanski's drugging and rape of a 13 year old as, "the so-called crime" and vowed that he was prepared to go all the way up to Governor Arnold Schwarzenegger, another Hollywood figure with a history of sexual assault charges, to fight for Polanski's freedom.

The petition list of course includes no shortage of the shining lights of Hollywood's Obama supporters, including Martin Scorsese, who donated over 3000 dollars to Obama , Darren Aaronfosky, who donated 2300, John Landis, who donated 500 dollars and is best known for his role in the death of two children and actor Vic Morrow on the set of the Twilight Zone movie, Julian Schnabel, who is listed as donating 28,000 dollars, and former Clinton buddy Mike Nichols, who donated 2300 dollars. Then there's Steven Soderbergh, who recently directed a movie glorifying Che. Or Woody Allen, who left America for France, where the local government is much more tolerant of pedophilia, and has been bashing the United States ever since.

It is of course possible to dive further down into the muck or to rebut the talking points that have been trotted out, which in order of importance seem to be that Polanski is a great artist, that his life was hard and that the case had irregularities within it... none of which do anything but obscure the hard fact that Roman Polanski drugged and raped a 13 year old girl. But it is more interesting to take a look at the values of the people who presume to dictate American values and culture.

The Polanski case demonstrates the radical differences between absolute and relativist morality. Either rape is always wrong, or it's only wrong when it's "rape-rape", as Whoopi Goldberg put it on the View. Either child abuse is always wrong, or it's only wrong when you don't have warm feelings toward the perpetrator. There are either absolute rights and wrongs. Or only things that are right or wrong depending on how you feel about those doing them. And that is the key point, without absolute morality, subjective morality in which there is one law for your allies and another for everyone else takes hold. We saw that same dual morality in action in the waning days of the Clinton Administration when formerly people who claimed to have no tolerance for sexual harassment, treated Bill Clinton as the victim, and his accusers as the criminals. Today those same people are at it again with Roman Polanski.

But this is more than a "behind the scenes" attitude, instead it part of the cultural narrative that is transmitted over and over again. Think about how often the "personal narrative" of a criminal in a movie or TV show mattered more than whether he committed the actual crime or not. It's rarely about the act and more often about the man, not a nation of laws, but a nation of men. Relativist morality is defined not by laws but by men, by our willingness or ability to empathize with the actions of the perpetrator. This is why liberals so often castigate Americans for a lack of empathy with murders or with terrorists.

Liberal morality is based on a politically motivated empathy. It is not based on any actual morals, or sense of right and wrong that does not derive from their political worldview. If you asked one of Polanski's defenders who is the worse person, Sarah Palin or Roman Polanski, their response would be as unambiguous as it is irrational. That response would not be morally based, but based on who they politically and culturally identify with, and who they find politically and culturally repulsive. Now back up that same irrationality with a great deal of cultural influence and front men who can make the facts fit even the most irrational interpretation of reality, and you have the true ugly face of Obama's backers.

As a moral code in which the morals are defined by a political worldview, liberal morality is not one law, but two laws. One law for Obama and another law for Bush. One law for Polanski and another law for someone outside their circle of politically motivated empathy. And it is never consistent with any objective moral value or legal code. The same people who demanded that the terrorists be given every protection of the law, argue that the law should be disregarded when it comes to Polanski. The law is only the law so long as it's a tool for getting what you want done. The moment it becomes an obstacle, it's a force of injustice that must be fought. 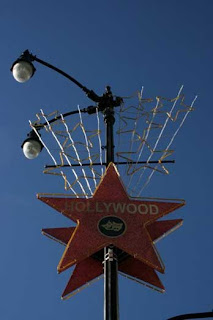 That same relativist morality construct sheds light on how it is possible to decry the right of the United States and Israel to defend themselves against terrorists or detain said terrorists, while championing the rights of the terrorists themselves to wage war against innocent people. Relativist morality recognizes no objective rights or laws, only "empathy" with those they sympathize with for political reasons. And that sympathy routinely extends to "transgressives", to those pushing the boundaries for what they view as great or progressive, to create a more open and permissive world. By contrast their enmity is most attracted to those they view as reactionary or regressive, who are closing doors and creating a more restrictive and and orderly environment. To the moral relativist, restrictive people represent true evil, and progressive people true goodness. And as with Polanski, they are willing to make the facts fit the label, if necessary, by treating Islamic terrorists as progressive and the US government as reactionary.

As repulsive as the entire Polanski case is, the rule of relativist morality has far more ominous connotations. The United States was built as a nation of laws, one law for all, great or small. Run that through the relativist filter, and the United States becomes a nation where the law only applies if the elites think it should, where the favor of the powerful and the famous counts for more than justice. We know what such countries look like. We have no shortage of examples of them in the world around us and in times past. A country of men not laws, is a tyranny.
Daniel Greenfield at September 29, 2009
Share