Get Obama - Dissent from Day One 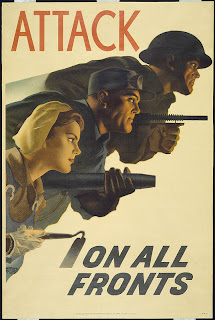 Thanks to systematized voter fraud covering everything from pre-marked ballots to forced voting for the disabled to homeless people who smilingly admitted on camera that they had voted multiple times, Barack Hussein Obama has been recognized as the official winner of the election.

And what has Obama won? He's won a chance to be responsible for the economic mess that his own backers caused and that even the threat of his pro-tax policies is already prolonging. He has won the chance for sovereign rule with a Democratic congress whose ratings are already in the toilet and sole responsibility for the looting and corruption that will inevitably follow. Simply he has won the chance to go down and take his party down with him. And we can help.

Dissent from day one is the motto here, but it actually begins long before day one. It begins now.

Obama's best asset has been his lack of a record allowing him to promise something for everyone. Obama has worked so hard to avoid a record that he has voted Present and never run on the issues. Now he will have to begin delivering and from the moment he begins making his first appointments, he begins developing a record.

And that is where we begin holding him accountable. With sole control in the hands of the Democrats, everything wrong in government can be and should be laid at their doorstep. The key thrust must be to characterize Congress and the people around Obama as corrupt and Obama as incompetent and a failed leader. Every policy, every proposal, every appointment, every statement must be linked to one or more of these messages.

During the election we were warned not to use Obama's middle name. Well let's give him a new middle name now Failure. Failure must be closely associated with everything Obama does with reference to a "Pattern of Failure."

"A failure after only a 100 days in office, Obama continues to show that the big job is too much for him."

"Obama's ethically challenged appointments demonstrate a failure to live up to his own ideas."

"Russia's latest moves show that Obama has failed to be a leader who can be taken seriously." 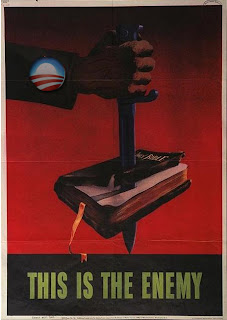 The idea of Obama as a failure will be that much easier to sell because Obama's campaign has set the bar so high in terms of expectation. The failure to deliver on them will trigger a backlash from many of the people who voted for Obama not because of race or because they hate Republicans, but because they genuinely expected him to make their lives better.

Obama has risen to power on a cult of personality. Cult of Personality tyrants deal with the frustration of their people in two ways, first through domestic terror and secondly by directing it outward. Obama can't direct it outward at any of America's enemies as they are his allies. He can only attempt to direct it domestically at the opposition and at the nebulous forces of big business. And every time he does that, the counter is to cite the unemployment rate and job losses as a direct product of his anti-business policies.

Corruption meanwhile must be a major talking point, using any flaws in Obama's nominees as supporting evidence and citing his ties to major Wall Street Firms and the whole Subprime mess, which his administration is certain to perpetuate with more bad loans. Sticking that at Obama's doorstep as "Bad Loan Barry", the man who as a lawyer, legislator and in the White House forced bad loans to be made.

Describing the Obama administration as "Ethically Challenged" is an ideal way to avoid overusing words like corruption which people tend to tune out while creating a brand perception. When that perception has sunk in, we can switch to "Corruption." It is never too early to begin characterizing Obama's appointments as ethically challenged and then later bringing them together as a "Pattern of Ethically Challenged Appointments." Consistent use of such wording will stick even with Obama supporters forcing them on the defensive. 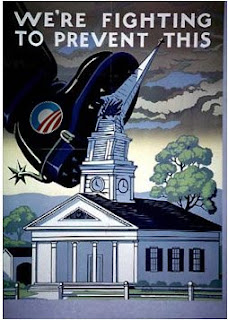 We have the opportunity now that we did not have in the early days of the Clinton Administration. The blogsphere has proven that it can research and vet a candidate better than the lapdog media. Now we can research and vet his policies and his appointments and assemble a consistent perception and labeling of them before Barry even soils the White House with his presence.

The key will be to communicate a consistent message to the American public that Obama is a failure, that his policies are worsening the economic crisis ("Obama's Economic Crisis") and that he's surrounded by corruption.

This corruption will be used by citizen's groups against corruption to call for investigations of Obama's actions, to oppose his policies, particularly any expansion of government or any aggressive measures or programs which will be "Wasteful Spending" that is only worsening the economic crisis and is overseen by "Obama's Ethically Challenged Appointees."

This of course is only the beginning. We have a very big target now and two years in which to pound the hell out of it. Let the games begin. Make no mistake about it, we will fight and if we want it badly enough, we will win.


(acknowledgment,'dissent from day one slogan comes from the designer of the IsreallyCool koala logo)