Someone Else Will Pay

From 1977 to 1980, BBC One ran "Citizen Smith", a TV comedy about an aspiring young revolutionary who wore a beret and a Che T-Shirt and did his best to create a Communist Britain while heading up the Tooting Popular Front, consisting of six members, by virtue of shouting "Power to the People" and making up lists of the people he would put up against the wall on the day of the glorious revolution. 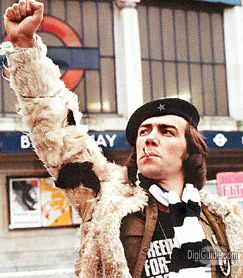 This is finally Citizen Smith's time where the lazy and cowardly aspiring revolutionary can create his own Tooting Popular Front, camp out in a public park for a few months, and earn generous media coverage. And for those too lazy to camp out in the spring and summer, there's always hacktivism, the truly lazy man's revolution, download a denial of service program, aim it at a site and watch it go down for a minute, an hour, or perhaps even a day or two.

Social media is full of Citizen Smiths, dressing up in Che avatars and shouting their "Power to the People" slogans in 140 characters or less. And these Citizen Smiths are taken seriously by their older peers in the media who have had their own days of pretending to be Che and now just pretend to be journalists. While the Citizen Smiths create their fake revolution, the grown-up Citizen Smiths show up to cover it, in the great battle for a Communist Britain, America, Australia and also all the rest.

There is a great deal of hard work ahead, such as deciding who to put up against the wall first. Everyone has agreed on the rich, the dreaded 1 percent, except presumably for those 1 percenters funding the revolution and paying the Citizen Smiths who work for NGOs and come up with new social media engagement strategies to tackle economic disparities and that sort of thing.

The Citizen Smiths who speak on behalf of the 99 percent of Tooting have won their great victory in the last election through the wallets of such champions of the working class as Warren Buffet, Bill Gates, George Soros and several thousand other billionaires and millionaires, quite a few of whom also fancy being Wolfie Smith more than they want to play the top hat guy from Monopoly. They have struck a blow against the influence of money on politics from some billionaires on behalf of the influence of money on politics from other billionaires.

And with the 1 percent safely disposed of, at least aside from the 1 percent that is running the show and turning the Citizen Smiths from clowns smoking on their girlfriend's couch while drawing up plans for revolution, into men and women sitting in posh offices in corporate towers delegating the drawing up of those plans to subordinates who can actually draw, the revolution marches on.

In Austria, an Australian Professor teaching Musicology, put up his own list of who to bop bop bop when the day of the glorious revolution comes.

"Right now, in the year 2012, these ideas will seem quite crazy to most people. People will be saying that Parncutt has finally lost it," Professor Parncutt wrote, "If someone found this document in the year 2050 and published it, it would find general support and admiration. People would say I was courageous to write the truth, for a change. Who knows, perhaps the Pope would even turn me into a saint."

Parncutt's sainthood may prove somewhat difficult to achieve considering that the people he proposed to put up against the wall on the glorious day include the Pope and his closest advisors, along with prominent critics of Global Warming, who will be put on trial before an international tribunal of qualified scientists, and then be given an opportunity to recant and have their sentence reduced to life in prison. Some modern heretics however would, in Parncutt's words, "would never admit their mistake and as a result they would be executed."

It's easy to laugh at Citizen Parncutt's proposal to bring back heresy trials staffed with modern scientists, but who knows by 2050, when scavengers digging through the rubble around what used to  be London, come across a copy of Parncutt's brilliant manifesto, they will hop on their donkeys and deliver it immediately to the Eco-Pope who will proclaim Parncutt a saint right before the Saracens storm through the barricades.

Even now the difference between Parncutt and a lunatic is that much of the infrastructure to make Citizen Parncutt's dreams a reality already exists. There are international tribunals and an entire political and media frenzy declaring that global warming is the greatest threat of our age. We snicker at fools who took the Mayan apocalypse seriously, but people who would never hide out in a basement because of some ancient prophecy listen to media buffoons drawing up lists of what parts of the world will be underwater in ten years or twenty and take the whole ridiculous thing seriously.

Parncutt wants you to know that he is not by any means a monster. He opposes the death penalty for murderers, even those like Breivik. It does no good to kill the people who have already killed, our Citizen Parncutt explains, what he would like to do is kill the people who have yet to kill but whose ideas the moral musicologist has decided are deadly. 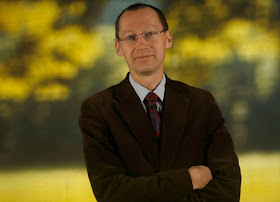 Such is the humanitarianism of the true progressive who will not kill a serial killer, but will kill those who are truly dangerous. "The death penalty is barbaric, racist, expensive," Parncutt explains, and he will have no truck with barbarically expensive racist death penalties, the only people who truly deserve to be killed according to him are those who, like the Pope and Global Warming skeptics, whose views differ from his own so dramatically that they must be killed to save lives.

"The death penalty is an appropriate punishment for Global Warming deniers who are so influential that one million future deaths can with high probability be traced to their personal actions," Parncutt writes. "Please note also that I am only talking about prevention of future deaths – not punishment or revenge after the event." Naturally. Citizen Parncutt is not motivated by such petty emotions. His revolutionary will-to-kill is as pure as the driven snow.

The good thing about a number as high as one million is that you can kill any number of people if you set the number of people you want to save high enough. If Parncutt were to kill 999,999 people to save 1,000,000, he would still have saved net one person and be ahead of the saint game. And then in 2050 when historians wondered why the Parncutt Popular Front was allowed to pile up all those corpses, the response will be that it was a matter of numbers. They started small and then kept going because they had so much room to spare with all those zeroes and before they knew it  they were only a few corpses short of the big one million. But luckily they stopped with one man to spare and are considered heroes.

"The fact is that Socialism, in the form in which it is now presented, appeals chiefly to unsatisfactory or even inhuman types," George Orwell wrote in The Road to Wigan Pier, essays meant to be a defense of Socialism, but showing the strains that would eventually lead him to transform Ingsoc, or English Socialism, into the greatest fictional tyranny in modern literature, "all that dreary tribe of high-minded women and sandal-wearers and bearded fruit-juice drinkers who come flocking towards the smell of ‘progress’ like bluebottles to a dead cat."

There are more cats and bluebottles than ever. Orwell's description of the Socialist crank now describes the mainstream leadership and a sizable portion of the base of every ruling lefty party you can think of, including the one ensconced in the White House, while shouting about class warfare and power to the people, while pocketing the allowance money from billionaires that allows them to win elections.

Economic crises and crises of all sorts bring their sort out to play more than ever. The children of the 1 percent wear buttons boasting that they are the 99 percent. Every global problem from terrorism to ethnic cleansing is explained purely in economic or environmental terms. And the people playing Citizen Smith and drawing up their lists of who to plant up against the wall are, as Orwell wrote, are not out to join "a movement of the masses", but to enact "a set of reforms which ‘we’, the clever ones, are going to impose upon ‘them’."

The "hypertrophied sense of order" from Orwell's Socialist "with his pullover, his fuzzy hair, and his Marxian quotation" can be found just as easily in Citizen Parncutt as in Citizen Smith or Citizen Obama. It should not be confused with competence or practical skill, the only area the Smiths ever achieve any skill in is yelling from stepladders about a revolution until they find enough sheep to drive ahead of them to the polls or the battlefields, but with the sort of half-grown men who draw up lists of all the people they'll kill to make the world a better place.

Their sense of order does not extend to actually making the world a better place, but of matching up their inflated sense of self-importance with the power to impose their own whims on the world for their own emotional satisfaction.

"I would just like my grandchildren and great grandchildren, and the human race in general, to enjoy the world that I have enjoyed, as much as I have enjoyed it," Professor Parncutt writes. "And to achieve that goal I think it is justified for a few heads to roll. Does that make me crazy?" And just to make certain that you give the right answer, he adds, "I don't think so."

Crazy is a judgement call. In 1956 drawing up plans to have some international body execute scientists for questioning the interpretation of global temperature readings would have been crazy, but in the age of Citizen Smith it may no longer be. Hitler and Goebbels were both completely insane, and yet they were perfectly adapted to their time and place. They were lunatics, but it was a time when sane men wanted lunatics to tell them what to do and who to kill. 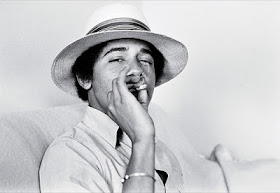 At the tail end of the 70s, Citizen Smith was a joke, but at the dawn of the 2010s, he is an institution, the head of an NGO, a member of the board of a dozen foundations for social and environmental justice, and perhaps even a cabinet minister. Joschka Fischer went from Citizen Smith in the 70s, clubbing police officers and consorting with terrorists, to the Vice-Chancellor of Germany in the oughts. Obama went from Community Organizer Smith in the 90s to the White House in even less time.

"On these streets of no solution/Where the gutters run with tears/I will lead my revolution/I’ve been revolting here for years/‘Cos I’m a people’s man," went the words to the closing song of Citizen Smith, "On the glorious day/Someone else will pay/On the glorious day."

The glorious day of the inglorious man is here. And someone else is paying. Any someone else who isn't him.
Daniel Greenfield at December 25, 2012
Share